Fran Yeatts was hired as Executive Director of the West Seattle Food Bank June of 2001.
Prior to joining this agency Fran had managed vocational services at Highline West Seattle Mental Health (now called Navos) for 10 years and worked with at risk youth for two years. She graduated from the University of Washington with a Bachelors Degree in Sociology and enjoys hiking, skiing and traveling in her spare time.

Breanna started March 22nd at the food bank as the new Development Director. She comes to us from Publicis Media where she was the Digital Media Analyst. Breanna is a West Seattle resident, passionate about helping others and building an inclusive and equitable community. She holds a M.B.A. and Masters of Education from WGU. Her career background includes nonprofit fundraising and digital marketing. Before working in nonprofit, Breanna was also an elementary school teacher in King County school districts. When she isn’t working, you can find Breanna hiking, rock climbing or camping around the PNW. 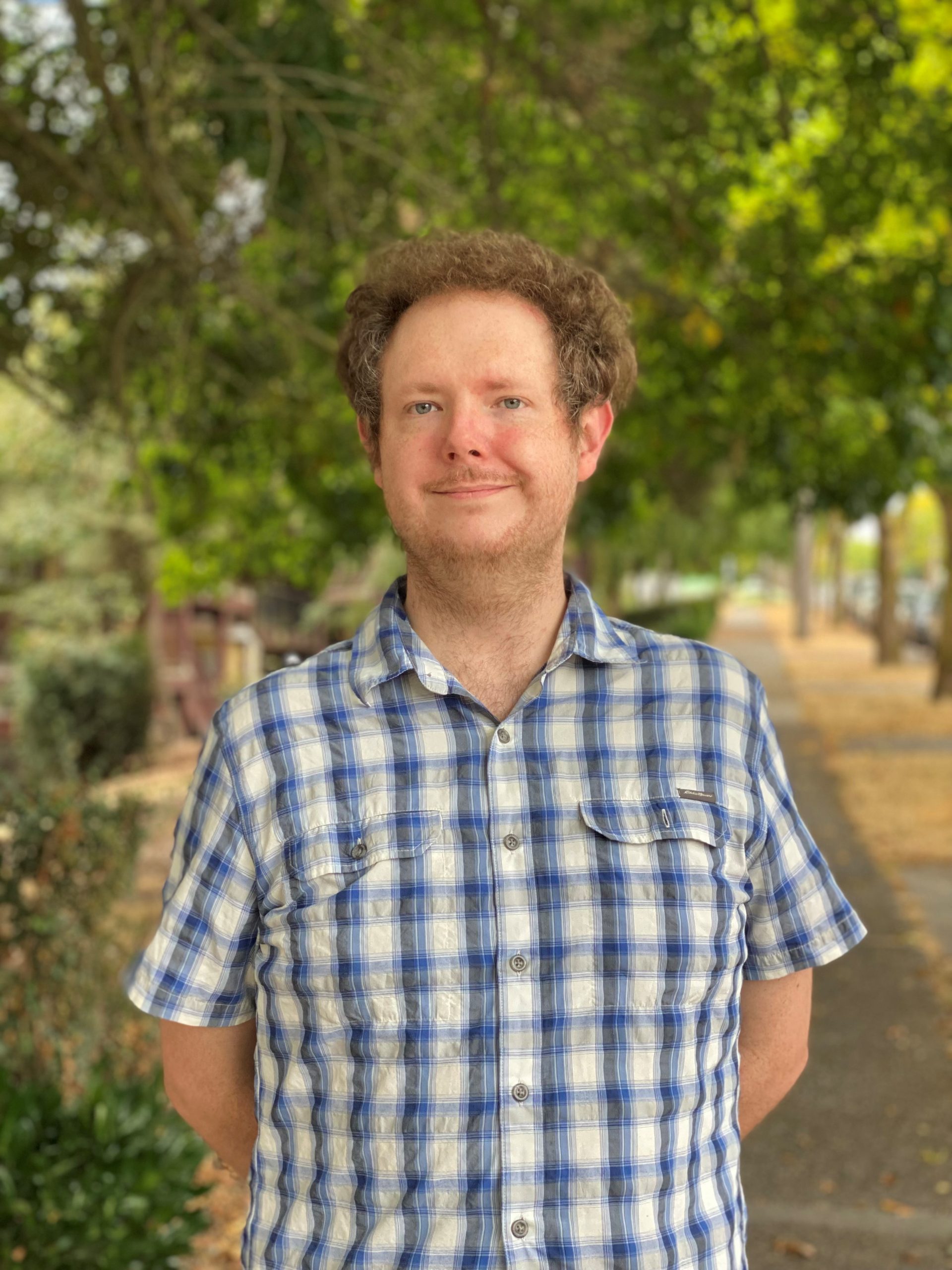 Whit has been with the West Seattle Food Bank since 2014, initially as a volunteer and hired on to staff in 2021. As a self-described civics enthusiast, he is excited about government, advocacy, and public communications. Whit grew up in Texas and Hawaii, and studied history at Richmond University in London, but finally found his home here in West Seattle. Outside of work, he can be found playing board and video games, reading, podcasting, or getting very worked up about ancient Roman Republic history. He lives a short ways from the food bank, with his wife and cats.

Karla, a Seattle native, joined the West Seattle Food Bank staff in 2015 after volunteering her time since 2004.  Through her experiences as a food bank volunteer, Karla was able to learn about the food security issues in her own neighborhood and how she could best help.  Now as part of the WSFB staff, Karla serves her community both as part of the team overseeing the daily operation of the food bank and by helping to plan and manage our fundraising events. 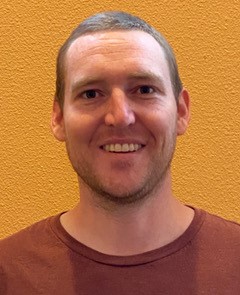 Chris grew up in Arizona and attended ASU where he received his degree in Business Communication, with a minor in sustainability. In October 2020, Chris started volunteering at WSFB and was hired as  a part time staff member in June 2021. After seeing his skills and work ethic, Chris was offered the opportunity to work full time and a promoted to Program Coordinator of Food Bank Services in February 2022. Chris has been a West Seattle resident for the last 4 years. When he isn’t working at the food bank, you can find him outdoors kayaking, biking, golfing or hiking with his dog. 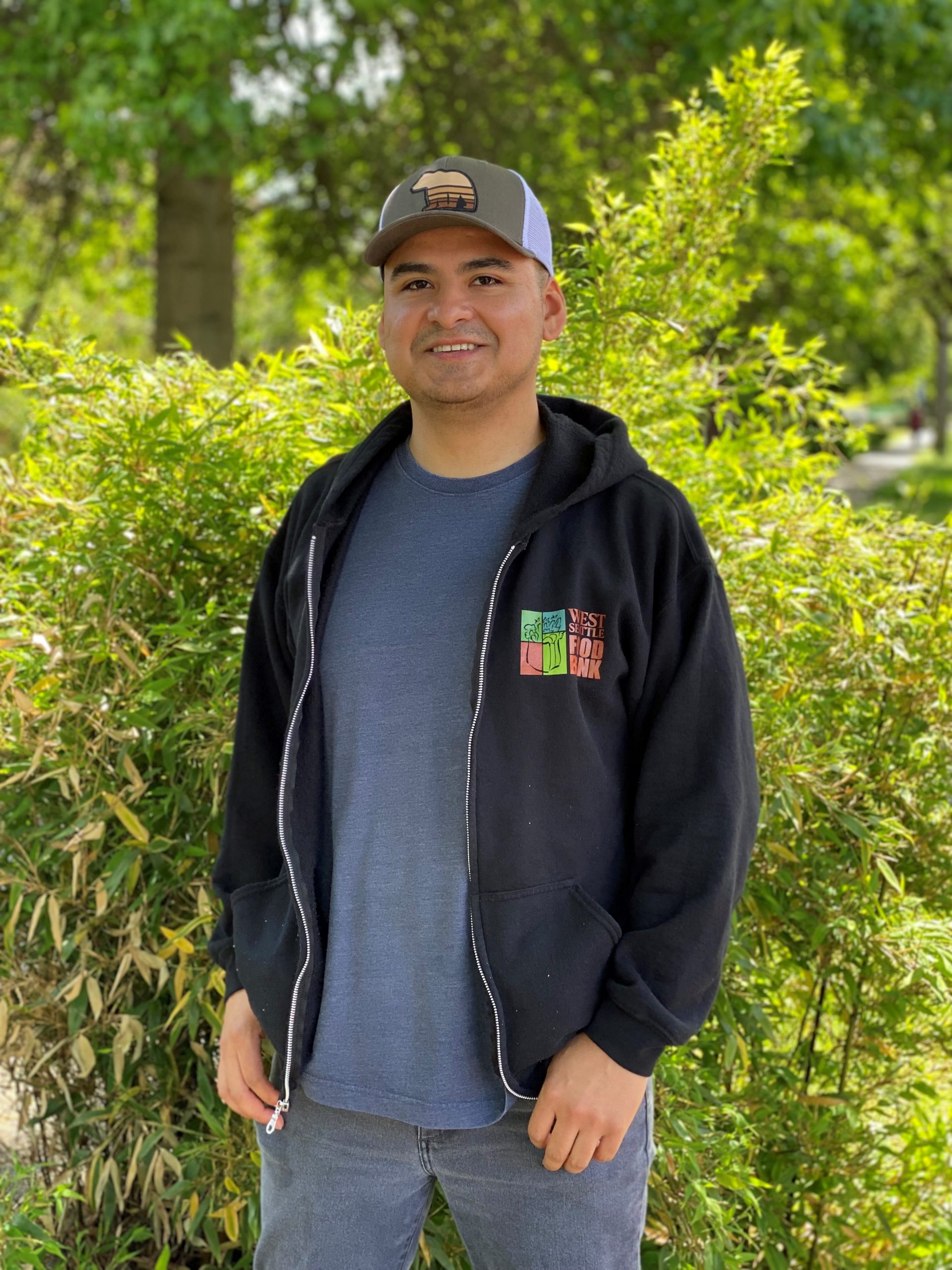 Christian is the Transportation Coordinator at WSFB. You see him out in the community doing food rescue pick-ups at local retailers or at our mobile food distribution sites. His work experience includes grocery store management and food industry roles. Christian is also a current student and Communications major at South Seattle College. He is passionate about ending food insecurity and looks forward to helping his neighbors in West Seattle through his role at the food bank. When Christian isn’t working or in school you can find him riding his bike along Alki Beach or on the weekends.

Janeth joined the West Seattle Food Bank team in October of 2017.  She has been volunteering at the food bank since 2014 and has been the point person for our Backpack Program since we began the program.  Janeth’s professional background includes work as an Office and Sales Manager in Bogota, Columbia, and in Marketing and Publicity in California.  Janeth lives in West Seattle with her husband and daughter. 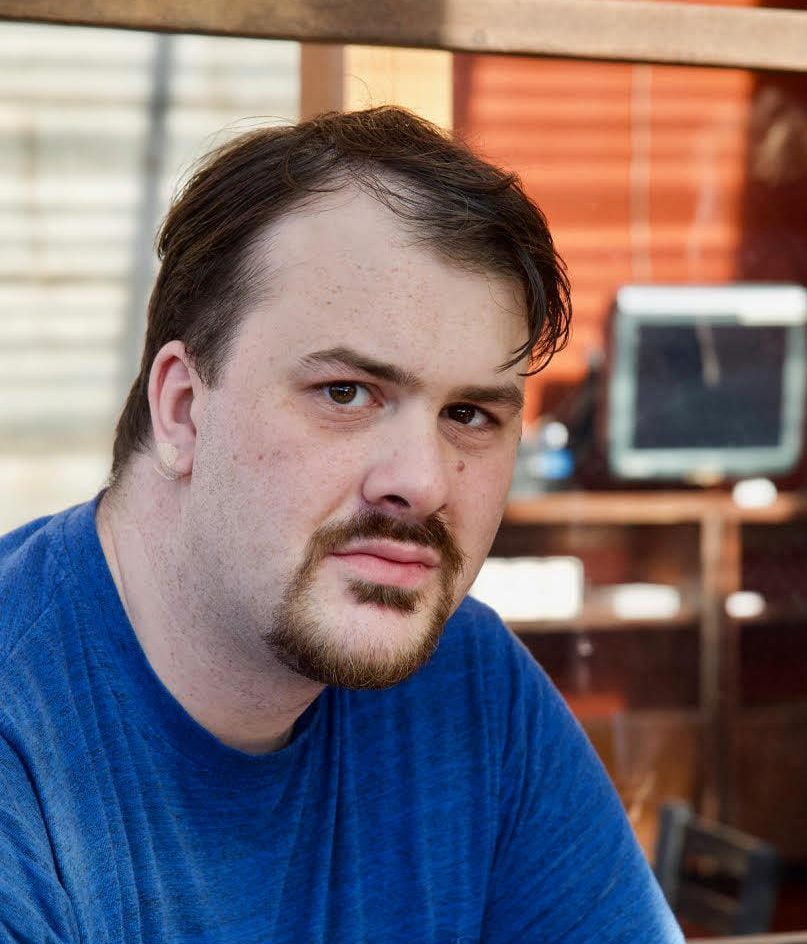 Jack has been at the Food Bank since 2008, starting as a volunteer and becoming staff in 2019. He grew up in West Seattle and recently graduated from South Seattle College with a degree in Landscape Architecture. As Operations Assistant, he works in the warehouse ensuring that food gets to our neighbors. He’s passionate about helping people and strengthening his community.

Karen has been a volunteer at the organization since September 2017. She began volunteering when she lived in West Seattle and wanted to find ways to get more involved with the community. Her 5 years of experience at WSFB, as well as her many years as a board member for other local non-profits, make her a great fit as our new Volunteer Coordinator. In addition to volunteering in her free time, Karen is passionate about art and music, including her hobby of playing drums.

Jesica joined the West Seattle food bank in April 2021 as the new Volunteer Coordinator. She is excited to be supporting a non-profit that emphasizes the importance and power of community. Jesica grew up in the Seattle area and attended the University of Washington where she studied education and diversity. As volunteer coordinator, she will be the first point of contact for volunteers who are crucial in the success of the food bank. Jesica is passionate about assisting others and hopes to keep promoting and growing the inclusive and welcoming environment that exists at WSFB.

Yaiko grew up in Colombia, where she went to college to obtain her Bachelor’s degree and study business, marketing and communications. She is currently continuing her education with courses at Stratford University to further develop her business administration skills. Yaiko has lived in Washington for 7 years and has worked in customer service and administrative roles at Microsoft and El Centra De La Raza. She is excited to join the WSFB as the Client Services Coordinator and help neighbors connect to services that can help make a positive impact in their lives. When Yaiko is not working, you can find her hiking or camping with her dog, or paddle boarding on a nice day.